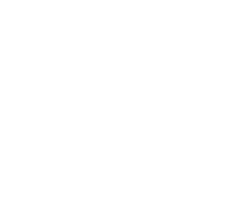 – Deposit by credit card is blocked for 21 days.

– Deposit by debit card will be refunded after 29 days via bank transfer. (Bank charges under the client).

– Deposit in cash will be refunded after 29 days via bank transfer. (Bank charges under the client).

– Our Vehicles are NOT allowed for any kind of Off-Road driving/Desert/Mountain/rough terrain driving and any non compliance of which will make the Hirer liable for the Penalties and payment of all the damage charges as insurance does not cover any such damages.

Valid driving Licenses in the UAE

*Original + Translated Copy required
For all other countries, an International Driving Permit is essential from the driving license holder’s home country.

Supercar for Hour offers the rental in Dubai of the Nissan GTR, the super sports car that has earned the nickname ‘Godzilla’, the enormous sea creature of Japanese cinema. Like the famous monster that has now become part of the collective imagination, the Nissan GTR is not afraid to challenge even the most expensive supercars. How much does it cost to rent a Nissan GTR in Dubai, United Arab Emirates? With Supercar per Hour choose, rent and drive this model of car at a cost of 1,600 AED per day.

Nissan ‘Godzilla’ GTR against everyone, in the true sense of the word. The GTR model is the successor to the Nissan Skyline series, one of the manufacturer’s flagship cars, which in the 1970s wanted to prove that it could aspire to a place in the sun in the Western supercar market. In the 1980s, Nissan launched the Skyline GTR, which immediately became a classic of the Japanese team. A sports car that retains – even in its name – a Gran Turismo soul.

How to rent a Nissan GTR in Dubai

The cost of renting a car in Dubai varies depending on many factors. On Supercar per Hour you can check all the rates in detail and know immediately how much you will spend for the rental. We at Supercar per Hour are pleased to offer our customers the option of car rental with an hourly rate, in addition to the classic daily option. Thanks to this system, everyone can rent a luxury car in Dubai without spending a fortune.

In Europe, the Nissan GTR is now an endangered ‘animal’. The Godzilla of Japanese cars does not respect the limit imposed by the EU regulation on the sound level of motor vehicles. Therefore, the production for the European market of one of the most popular Japanese sports cars of all time is about to end. Those who want to drive a Nissan GTR can rent it in the United Arab Emirates and still hear the roar of a V6 engine, real music to the ears of sports car enthusiasts.

But the 3.8-liter V6 engine is not just noise: in addition to the roar that distinguishes supercars, the Japanese car is able to reach a speed of over 300 kilometers per hour, consecrating the Nissan GTR in the Olympus of coupé cars. faster than its period. The GTR does not pale in comparison to Italian or German supercars which, compared to the Nissan model, are priced much higher. The 3.8 V6 engine was upgraded in 2016 and is capable of delivering a whopping 570 horsepower at 6,800 rpm for a maximum torque of 637 Nm. In addition, the Nissan GTR offers all-wheel drive with self-locking rear differential, 6-speed robotic gearbox and suspension. electronically controlled active.

Even on the outside, the Nissan GTR shows character, starting with its not-so-minute dimensions. The length is 4,710 mm, the width of 1,895 mm and the height is 1,370 mm. It is a spacious car, to the point that the cockpit is a 2 + 2 and the rear seats are not sacrificed as in other supercars. There is also ample space dedicated to the boot, capable of holding 315 liters. The frame, made of steel and aluminum, is very light. Excellent aerodynamics allow the GTR to accelerate from 0 to 100 km / h in less than 3.5 seconds. An animalistic shot, like that of Godzilla.